Wasiul Can be an Example for the Youth of Bangladesh

Wasiul Haque Bhuiyan is the founder of Ohmtech Electronics. After completing O-Level and A-Level, he got admitted to the University of Malaya in Malaysia. His subject was Telecommunication Engineering. During his studies, he decided to return to Bangladesh and use his talent. Although he could comfortably join a highly-paid job with this educational background, he chose to be an entrepreneur.

Wasiul Haque has been with BYEAH for the last few years. Throughout these years, he participated in different training and workshops organised by BYEAH. But his growing enthusiasm for advancing entrepreneurial knowledge motivated Wasiul to apply for Bangladesh Youth Enterprise Competition & Incubation 1.0, where he ended up being one of the winners. Wasiul participated in the program with one of his RnD projects, a safety and security device. This is an anti-theft device that will prevent theft which is made by breaking out windows and doors. Theft is still a serious issue in both rural and urban areas. 7698 cases of theft and burglary were filed in 2018, according to police.gov.bd.

The incubation was full of hands-on activities, 70 hours+ of sessions coupled with mentoring. While talking to Wasiul, we came to know how the whole incubation journey helped him. He especially mentioned two things besides getting to know many new things in different sessions. One is the real-life success and failure stories shared by the facilitators, and another is the changes against their ideas made by the honourable mentors while preparing the financial planning and the business model. Furthermore, he added that he had never faced this type of challenge when sharing his idea with anyone else. That helped him to bring out a few changes in his planning, which made the idea more concrete. Wasiul has started working to prepare the prototype of the safety and security device after receiving the seed fund 0f 300000 BDT from BYEAH. Soon, he will go into manufacturing. His estimation of total net profit is more than 2,80000 BDT in 3 years. 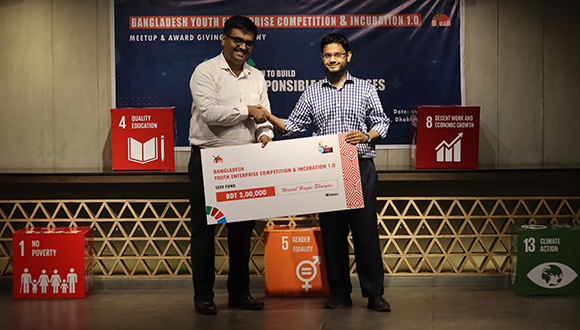 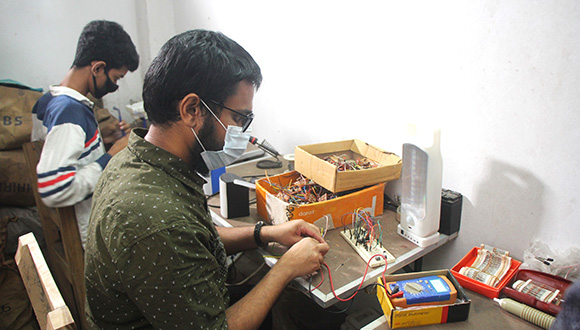 © Copyright – 2022 All Rights Reserved by BYEAH